What is THCv? Guide to THCv & Its Legal Status

What is THCv? Guide to THCv & Its Legal Status

In previous blogs we’ve covered the ins and outs of delta-8 THC, delta-10 THC, THCo, and others. We’ve even dived deep into the differences between these many cannabinoids.

But the truth is that all this is really just the tip of the iceberg. The hemp/cannabis plant family produces hundreds of different cannabinoids — each of them liable to have its own characteristic benefits.

In this guide we’ll be dialing in on the most dynamic cannabinoid you’ve (probably) never heard of: THCv. Keep reading to learn what makes THCv so special.

Female cannabis and hemp plants produce several different types of THC. In the scientific literature these various types are often referred to as isomers. These isomers all share the exact same molecular formula, but they often have slightly different molecular weights and structures. This gives them similar — but still different — effects.

See THCv in the list above? Short for tetrahydrocannabivarin, THCv possesses several qualities that run counter to what you might expect from cannabinoids that start with the letter T.

For one, most cannabis/hemp strains don’t produce much THCv (and some may not produce any). Hemp growers have taken to cultivating special strains specifically for their THCv content, breeding these strains higher and higher in this special cannabinoid.

THCv’s high also differs from what you’d experience with most other types of THC. Its gentleness is sort of reminiscent of delta-8’s, but there’s a twist: THCv actually reduces hunger.

If you’re familiar with the many benefits of delta-8 or delta-9 THC, then you’ll probably notice some overlap in the list below. You’ll also notice some glaring differences, though. THCv may:

As we mentioned earlier, there’s one especially big difference between THCv and regular delta-9 THC: the former regulates appetite, while the latter increases it. THCv seems to do this by promoting glycemic control, allowing one’s body to remain in ‘fat-burning mode.’ THCv is so effective at appetite suppression that some pharma companies are looking at making synthetic analogs and marketing them as weight-loss drugs. [4]

Pretty impressive difference, considering that the only difference between THCv’s appetite regulation and delta-9’s munchies is a 3-carbon side chain vs. a 5-carbon one!

Interesting variations aside, let’s take a closer look at what THCv can do.

THCv’s high is both gentler and easier to attain than what you’ve probably come to expect from delta-9. Earlier studies hinted that THCv was about 25% as potent as THC…but there’s actually more to it than that. Allow us to explain.

At low-to-moderate doses THCv acts as a CB1 agonist and has practically no psychoactive action. An unusually high dosing threshold must be passed before THCv is able to really bind to CB1 endocannabinoid receptors.

Once that threshold is passed, though, THCv quickly becomes psychoactive. Its high is characteristically clear-headed, uplifting, and energizing — even more Sativa-y than the purest Sativa. Some users find THCv’s high kicks in faster and fades away faster than regular THC’s. Indeed, its half-life is thought to be roughly half of delta-9 THC’s. [5]

THCV’s anti-hunger qualities set it apart from virtually every other cannabinoid. In this area it’s practically delta-9 THC’s polar opposite! THC is so effective at activating ‘the munchies’ that it’s used by cancer patients and other underweight groups; THCv is so effective at blocking hunger that it can be used to supercharge your weightloss journey.

Research explains the reason for this distinction. THCv appears to dull hunger pangs and cravings by blocking the activation of hunger hormone receptors like ghrelin.

In addition to reducing calorie intake, THCv may help its users increase calorie output. Translation? Some studies short that THC might increase energy expenditure — independent of your workout routine. [6] They call it “diet weed” for a reason!

Closely related to THCv’s pro-metabolic effects are its anti-diabetic ones. Studies show that this cannabinoid may improve glucose tolerance and restore insulin sensitivity in people with type 2 diabetes.

“THCV could represent a new therapeutic agent in glycemic control in subjects with Type 2 diabetes,” one study from a leading diabetes journal attests. [7] It’s not illogical to wonder if THCv could help its users avoid the dreaded insulin resistance-metabolic syndrome-diabetes-neuropathy pathway in the first place.

THCv is right up there with the best cannabinoids when it comes to dealing with anxiety, too. Research out of Israel — the practical epicenter of cannabis-related discoveries — has correlated THCv intake with reductions in anxiety, panic attacks, PTSD, and more. Even more impressively, THCv seems to do all this without blunting normal, healthy emotional states.

THCv’s ability to bind to both major types of endocannabinoid receptors (CB1 and CB2) may allow it to reduce the muscular dysfunction seen in Parkinson’s disease. Some epileptic patients have also had great success using THCv to reduce seizure frequency and intensity. [8] This quality was formerly attributed to CBD…but it turns out that THCv’s got it too.

THCv may act on endocannabinoid receptors located within your bones, possibly slowing and/or preventing bone degeneration in the process. [9] More and more researchers are evaluating THCv for its potential to ward off osteoporosis and other bone-related diseases.

Maybe someday they’ll change “got milk?” to “got THC isomers?”

In other good news, it’s possible to experience many of the benefits we’ve listed here — and other benefits, too — while staying within the confines of the law.

How? By ensuring your THCv is being sourced from hemp extracts, not cannabis. Thanks to 2018’s Federal Farm Bill, any and all such hemp-derived cannabinoids are legal (Just as long as they don’t contain more than a 0.3% concentration of regular THC). THCv products can be freely purchased, enjoyed, and sent through the mail. [10]

Despite THCv’s federal legality, however, 9 states have taken steps towards banning it:

THCv’s legality brings us to another important point: where to get THCv products in the first place. As strange as it sounds…you might not need to. That’s because many hemp-derived delta-9 THC products already produce trace amounts of THCv. And if past studies on cannabis’s benefits are any indication, these trace amounts are more than sufficient to provide balance and health benefits.

Where to find premium THCv products

As we hinted above, there are trace amounts of THCv in our Delta 9 THC + CBD Gummies. The small amounts of THCv and CBD they contain balance out each gummy’s 10mg of delta-9 pretty perfectly. It’s a trio straight out of cannabis heaven!

Not many cannabinoids can match THCv’s uniquely diverse benefits. And virtually none of them can rival the way it benefits your waistline.

As if that weren’t enough, THCv is actually fun to take. Its gentle dose-response curve means it’s ideal for beginners, yet its buzzy head high makes it worthwhile for everyone. Best of all, getting premium THCv is easy. Just select a premium delta-9 THC product! 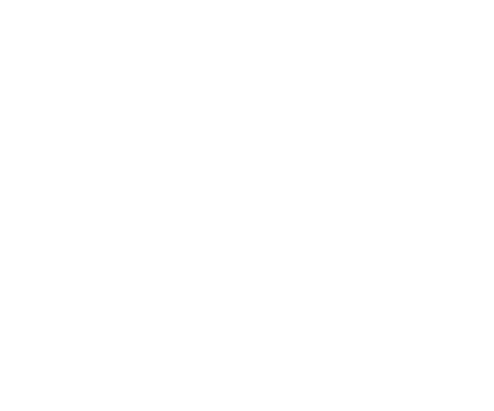